Phindi is no stranger to South African media. She started her Radio career at Metro FM as a newsreader. Her Radio experience includes hosting various shows at a Community Radio Station (Voice of Soweto), hosting a prime-time show at Gauteng’s biggest Radio Station (YFM), managing a Retail Radio Station (Score Super Markets) and hosting various shows at East Coast Radio and Gagasi FM. Given her academic achievements (Chemical Engineering, Journalism and IMM Diplomas), Phindi never limited herself to radio. She has spent some time in the corporate sector. She worked at South African Airways as an Analyst Programmer, a Sales Executive at Autotrader and a Marketing Manager at Old Mutual.

With all the experience that Phindi has gathered over the years, she successfully launched and grew what is now KZN’s fast growing radio station Vuma FM. Her term at VumaFM Radio took her to a position of leader and mentor for a newly formed team of staff and radio presenters. Under her leadership (as Station Manager) as well as her set of skills, the Radio station hit some incredible highs in less than two years. Recently, Phindi was invited to join an incredible team of writers at The Witness Newspapers. She is now a Columnist for the publication and always gets KZN talking, as she is not one to hold back any punches.

It is incredible to believe that Phindi also finds time to stay fit and healthy with such a hectic lifestyle. It is to her credit that in 2012 she completed her first Comrades Marathon, giving herself just eight (8) months to change from a ‘non-runner’ to an Ultra Marathon runner and thus joining a small percentage of the earth’s population to complete the ‘Ultimate Human Race’. She is the first and only female radio personal 50 ity based at the home of Comrades (KZN) to have ever completed this grueling race. To date, Phindi has completed four (4) Comrades Marathons. This is a further endorsement of her desire to live a healthy lifestyle and inspire others to do likewise.

In April 2016, Phindi Gule and her husband Kevin Burley made history by becoming the first people to run the length of KZN (Mozambique border to Port Edward), a total of 900km. Nothing will ever stop Gule from reaching her goals and pushing the boundaries, watch the space…she’s only starting!!! 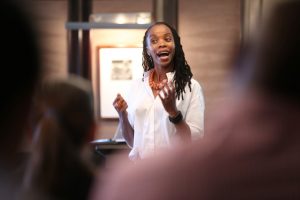 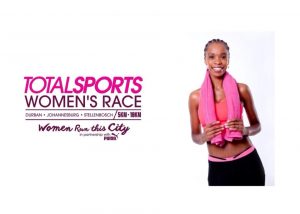